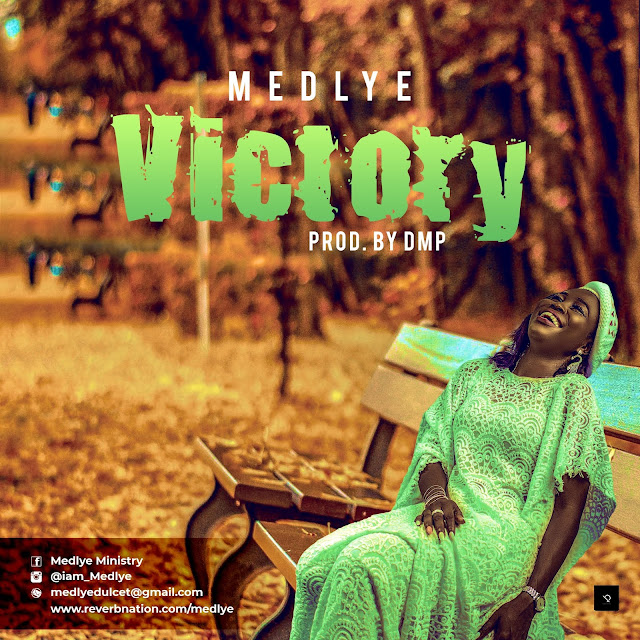 Felagha Tokoni Medley, who is popularly called medlye is a female gospel music minister, a fashion designer, a motivional speaker and also an award winner. She is a native of Amassoma town in southern ijaw LGA of Bayelsa State of Nigeria.
She is the CEO MEDLYESTOUCH and CEO of Bayelsa Gospel Artiste Merit Awards(BGAM) She has to her credit her first debut musical album titled SO WONDERFUL which she released Dec 15th 2015. And her hit single SAVED which was nominated in the just concluded BMAA 2019 Awards.
She was also nominated as best female act of the year and won the award for BMAA best female act of the year 2019.
She is a prolific singer which voice produces dulcets that calms and strengthens the broken hearted and hope for the needy.
She is determined to reach out to the world with the HOPE, JOY, STRENGTH, REFUGE AND SALVATION the gospel of Christ gives, and that's what she has been doing consistently with her songs.

Thinking about the eternal freedom we now enjoy as Christians and the authority we have through Jesus Christ sacrifice on the cross over the kingdom of Satan and the immeasurable love that Christ has for us and showed by replacing his life for our redemption can not be payed for even if we had eternity.
Victory is a song that demonstrates gratitude and also a testimony of how Christ sacrifice won that eternal battle for us. We were condemned for a sin we didn't  commit but Christ advocated for us by paying with his own life and that action has given us victory over the world unseen.
This victory is our sure testimony that Christ died, was buried and rose on the third day according to the scriptures.