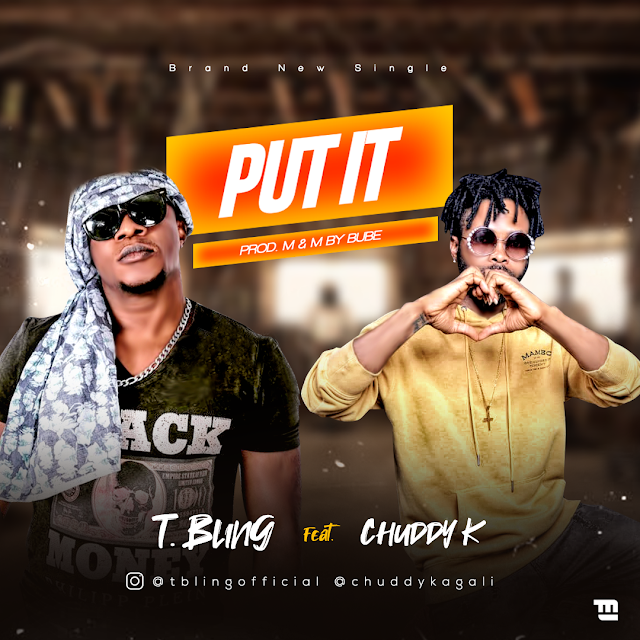 Abade Lewis Samuel, aka T Bling is a Lagos based Nigerian Afro pop and dance hall artiste, actor, DJ and a song writer. He hails from Sagbama LGA in Bayelsa state.  The southern part of Nigeria.

He started his musical journey in 2003/2004, after a musical event "from street to star organized by one of Nollywood's finest, Hilda Dokubor.

He decided to start up the year 2020 in team up with Chuddy k, the microphone killer, the crooner of the club is going crazy go gaga going crazy on his first single to show the world.

The song which he tilted (PUT IT). Was produced by Bube, and is a song you can't hesitate to dance