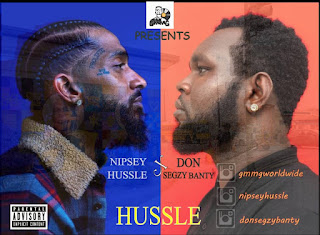 The Face of Afrika Entertainment act via his Official Instagram account (@donsegzybanty) recently promised to unleash a mixtape  to mark the beginning of the marathon, titled "HUSSLE" today September 15, 2020 in honor of NIPSEY HUSSLE. The Marathon Continues, it doesn't stop.